There are several attractions, sights and places to see in Rome Italy. Having been settled many thousands of years ago, Rome is a city that rewards visitors with an awe-inspiring glimpse into ancient history like almost no other city on earth.

The city became the capital of the Roman Empire in 27 BC, and in the centuries since then, Rome became one of the most important cultural, political, and religious cities in the entire world. Today, Rome is the largest city and capital in Italy, and it’s home to several million inhabitants. This famous city offers things to do for all ages and interests.

Rome was known as the Eternal City even among the ancient Romans. It was the Roman poet Tibullus Albius (55 B.C – 19 B.C) who coined the phrase “Eternal City”. The Roman people thought that no matter what happened to the world, no matter how many other empires might rise and fall, Rome and the Roman Empire would go on forever.

Rome’s famous Colosseum is the city’s most imposing and recognizable landmark among all the sights, attractions and places to see in Rome. The Colosseum was built in the first century AD, and it was for many centuries the host of vicious gladiator fights, elaborate mock battles, and other events, many of which were designed to entice the masses and increase the emperor’s popularity.

This massive stadium was built to hold over 50,000 spectators across three seating levels, the lowest of which was reserved for the city’s elite.

Located in the city’s most historic area, Old Rome, the Pantheon is one of the most well-preserved buildings in Rome. The Pantheon opened in 126 AD, and it was built as a temple to the Gods of Rome.

It is the largest unreinforced concrete dome in the world, and the center of the dome contains an oculus, a large circular opening the allows light to fill the soaring, expansive interior.

The Roman Forum is a city within a city, a collection of temples, monuments, and basilicas that gives visitors a sense of Rome’s ancient scale. Building began in the 7th century BC, and it initially served as a marketplace and a venue for public forums and criminal trials.

In the following centuries it expanded rapidly, and eventually became crowded with government buildings and senate offices. An ancient chariot racing stadium called the Circus Maximus was built nearby, and it was capable of holding a quarter of a million spectators.

No trip to Rome would be complete without visiting some of the city’s magnificent museums, such as the Capitoline Museums, which contain an extensive collection of ancient Roman and Greek art and sculpture. The Galleria Nazionale d’Arte Moderna showcases a collection of modern and contemporary art, and the Museo Nazionale di Villa Giulia contains an amazing collection of Etruscan art.

The Vatican is the official home of the Catholic church, and this unique nation is entirely contained within the city of Rome. Tours of the Vatican are available to the general public, and the famous Sistine Chapel contains some of the most extensive and well-known frescoes in the world, such as Michelangelo’s The Last Judgment.

The Spanish Steps and the Trevi Fountain

Like many other cities in Italy, Rome has a number of charming and romantic public gathering spaces to visit, such as the stunning Spanish Steps, a wide staircase connecting two public squares each surrounded with beautiful buildings.

Rome’s ornate Trevi Fountain is another popular attraction; built in the middle of the 18th century, it is adorned with statues framed by the adjacent Palazzo Poli. Be sure to include this attraction to your places to see in Rome. Legend has it that if you toss a coin into the fountain, you will one day return to Rome, and with so many amazing things to see and do in Rome Italy, any visitor would surely want to do so. 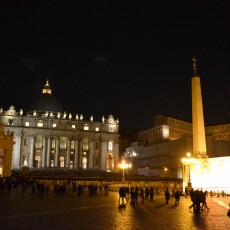 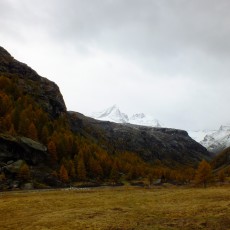 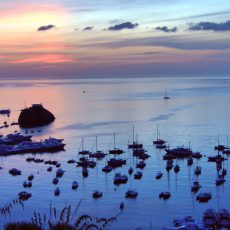 Ponza and the Pontine Islands – Off the West Coast of Italy 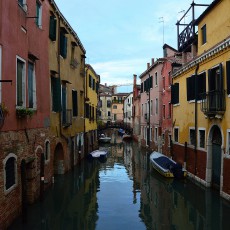